I want to write about the hospital.  The problem is that it’s not very clear.  I have to be reminded of things like the emergency room, where I sat huddled between a wall and Mark trying to stop shaking.  I vaguely remember the part where they put me in a room, and I finally got to lie down under a blanket.  I forget the name of the first nurse that took care of me.

Sometime around Wednesday life became a little clearer, but I was in the bubble, baby.  If you’ve ever stayed at a hospital for an extended period of time, you may understand what I’m talking about.   The bubble keeps from you what’s going on outside the hospital door.  Now, it also could be that I impose this upon myself.  I never watch television when I’m sick-I find it exhausting.  All I do is sleep.  I don’t care for visitors other than my parents and husband.  You do not need to visit my sick self.  So, this bubble is blown, and I am sucked inside to a place of isolation.  I hear other people watch the news and Wheel of Fortune and such, and the lady across the hall had a full-on birthday party one night. I cannot suffer any of that when I am already suffering, so I slip to this place of seclusion.  When I came out of it several days later, I felt wrong, noticing the passing of time in a way that resembles long term jet lag combined with that day after daylight savings feel.  It takes several days to get myself back on track.

This isn’t my first rodeo, I should mention.  This was just the longest.  I personally believe this was due to a nurse or doc med error in which I was not receiving my daily medications, and thus it took much longer for me to get well.  But I don’t know.  What I do know is that gastroparesis is hell.

Mom and I were playing a fun little game for diabetics where we compared which complications were better than others.  Like, gastroparesis sucks, but would you rather lose a leg?  Or would you rather have colitis, or go blind?  It was a lovely way to pass the time.

I hate having gastroparesis, but yeah, when you look at it that way, it’s a different story.  Often, I am recovered quickly and quietly, and while it may inconvenience me a lot, most days are good ones.  Also, I know for a fact that they eye probs are worse than the gut probs.  I’ve been on both those roads and I will take the occasional inability to digest anything over ever having my eyeball operated on again.

I hate having diabetes.  I mean, I don’t think there’s anyone out there enjoying it.  The worst part is not the insulin or the doctors, it’s the side effects.  Major issues on their own become degraded to side effects of diabetes.  Everything that’s wrong with me is because of diabetes…despite my diabetes being well-controlled.  But it wasn’t always, and these things grow like a cancer inside you until one day when they get together and decided “hey, this week, let’s stop processing food and also maybe bleed out that left eye a bit.”  If I had someone who wasn’t my mother tell me at 16 when I was diagnosed that this was how things were going to roll, I would have been much more careful during my  twenties instead of consuming mass quantities of tequila and cigarettes.  But I digress…

I started writing about the hospital bubble and ended up in deep life regrets.  A wrong turn has been made somewhere.

I guess the best I can say coming out of this bubble is that I hate being in it, and I am trying so hard to life my life in a healthier way so that I can avoid it in the future.  And also, I wish I hadn’t been a fucking idiot when I was younger. 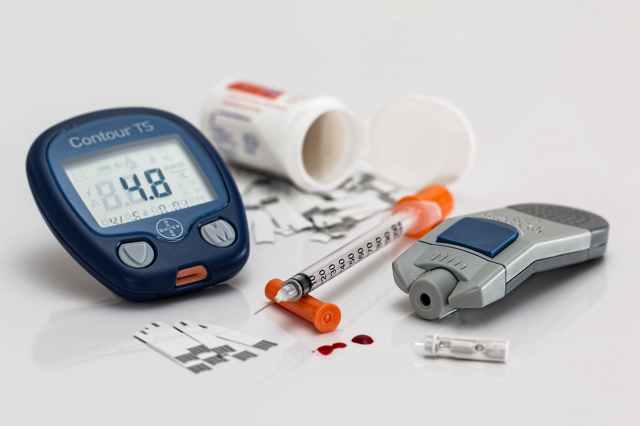